Step into the 
 Excelsior Vittoria 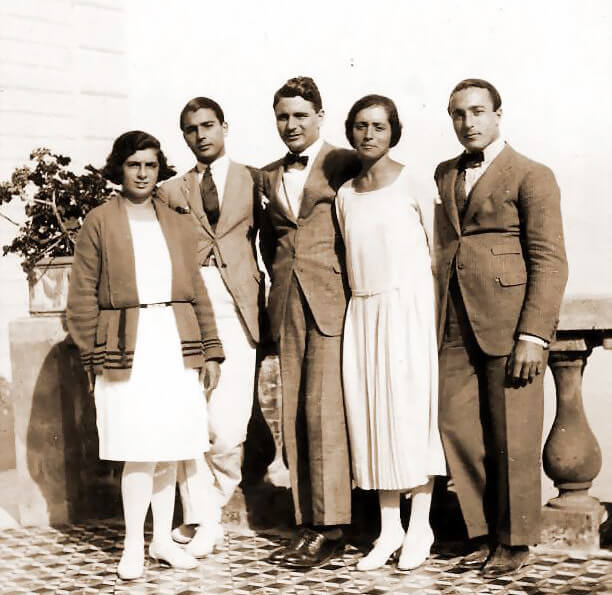 The Grand Hotel Excelsior Vittoria, Five Star Luxury Hotel in Sorrento has just celebrated its 180th anniversary!
This iconic Amalfi Coast hotel was founded by the Fiorentino family in 1834 in Sorrento, and the family's fifth generation is running the hotel today keeping alive a long tradition in the name of the Italian hospitality excellence.

The Excelsior Vittoria is a Five Star Luxury Hotel of exclusive style and elegance with its authentic interiors and furnishing.
The hotel is located in Sorrento town center and sits on a high cliff with spectacular views over the Gulf of Naples with Mount Vesuvius.
This is the same place where, the legend goes, the Roman Emperor Augustus had his own villa.
Easy to recognise when arriving to Sorrento from the sea, the hotel's three classic style Nineteenth century buildings are just above the town harbour.
The property is surrounded by the lush greenery of a unique Mediterranean garden of 20,000 square metres where guests also find the Spa and pool area.
Over the years, in its long history, the Grand Hotel Excelsior Vittoria was part of the Grand Tour and it has welcomed monarchs, politicians, artists and celebrities, who loved the charming and the mild climate of the Amalfi Coast.
Among the others, Richard Wagner, Enrico Caruso, Jack Lemmon, Marilyn Monroe, Luciano Pavarotti, Sophia Loren and Lucio Dalla have all appreciated the hotel's elegance and its attentive service.
We look forward to welcoming you to the Excelsior Vittoria in Sorrento!

This Amalfi Coast Five Star Luxury Hotel is situated in a beautiful location on the edge of a cliff right in the heart of Sorrento, with breathtaking view of the Bay of Naples and Mount Vesuvius.
The Amalfi Coast, Positano, Capri, Pompeii and Naples at your fingertips.